I'm Monkey, hobby game developer. You can expect to find posts here about Unity, Virtual Reality, Augmented Reality, Pizza Reality and commentary on anything gaming related. If you follow along you'll get to have a close look at one man's struggle to actually be productive while avoiding anything resembling adulthood. 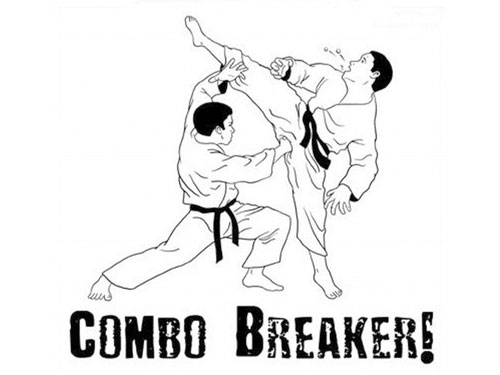 Last time we talked about how players will build Combo Points by playing cards in the right order. This time we’ll learn how that glorious combo can be ripped down in an instant if you’re not paying attention!

Not going with the flow

You can’t just rack up Combo Points carefree. Combos can be interrupted meaning you lose all of the combo points you’ve built up and perhaps even worse! Sometimes you may be able to play a card that is the color needed for you followup Combo Color, as is the case when you don’t have a card of the necessary color in your hand. In this situation you will still want to play a card in order to continue damaging your enemy, but when a card is played that is not the color of the required Combo Color your combo will be interrupted. Having your combo interrupted means setting your Combo Points back to zero and missing out on any combo bonus effects you had been building up! So try to manage your deck and cards in hand to maximize your combos.

Your enemy isn’t going to sit there and let you wail on them all day! Enemies attack the player every few seconds, depending on the enemy. When an enemy attacks it will interrupt any combo you’re trying to put together. In addition to having your combo interrupted you will also be effected by the enemy’s attack typically in the form of being dealt damage. Ideally, the player will want to conclude their combos with a Finisher before an enemy’s attack timer fills resulting in the best combo bonuses while mitigating the enemy’s damage. One last thing, just as the player is given bonus for completing combos, the enemy will get bonuses for breaking the player’s combos!

So there is an overview of the current combo system used during combat. Things are still being tested to see what works and what needs to be changed. The need for the right card colors will hopefully play into the deck building aspect of the game, urging players to be mindful of the cards they put in their deck and to hunt down the perfect cards to fit their strategy.